Bell peppers are a common plant for backyard gardens.  Bell peppers don’t have capsaicin, so they aren’t hot like some pepper varieties. These peppers can be eaten raw, but they are usually used in other recipes.

Bell peppers are fairly easy to grow, but there are some tips for growing bell peppers that will give you a better yield.

With these tips, you’ll enjoy an abundant crop of sweet & crunchy bell peppers to feed your family this summer.

There are bell pepper varieties that are purple, yellow, orange, brown, or white.  These are different plants, and you can plant more than one kind for a variety of colors.

Choosing Where to Plant Bell Peppers

Bell peppers like a lot of sun, so choose an area in your garden where they can get sun all day.  Make sure they won’t be shaded by trees or other tall plants like sunflowers or tomatoes.

Peppers like soil that drains well.  They don’t like to sit in water, so make sure the area has good drainage.  They prefer the middle ground of soil with some sand and some clay.

They like a soil pH between 6.0 and 7.0.  If you don’t know what pH your soil is, pick up a testing kit and make adjustments as necessary.

Before you plant your bell peppers, add compost or fertilizer into the soil and till it.  This will help improve drainage and provide nutrients for the peppers.

Don’t plant bell peppers where you recently planted tomatoes, eggplant, or potatoes.  These nightshade plants attract microbes that can be harmful to bell peppers.  The microbes can live in the soil for a few years, so wait at least three years before planting in the same area.

When to Plant Peppers

Bell peppers also take about two to three months to mature, so planting them from young starts helps give them a head start versus planting from seeds.

Young bell peppers don’t like cool temperatures. Get them used to being outside by putting them outside during the day and bringing them in at night so they aren’t out in the cold air.  After a few weeks of this, they should be ready to plant.

Once it’s at least 60 degrees Fahrenheit at night, you can plant your peppers in the garden.  You can warm the soil by covering it with black plastic for a week before you plant.

When you plant, plant them no deeper than they were in the pots.  Peppers don’t like to be planted deep.  Space them about 18 to 24 inches apart.

Plant your bell peppers near your tomatoes.  The tomatoes help ward off beetles and soil microbes to protect the peppers.

Peppers can also be planted near cucumbers, carrots, eggplants, and onions.  If you have a problem with beetles, plant geraniums or petunias near your bell peppers.

Basil grows well near bell peppers and keeps bugs away.  Parsley attracts pollinators and certain types of wasps that keep the aphids away.

Peppers like to be kept warm and have well-drained soil, so mulch around the plants.  A dark mulch absorbs more heat from the sun to keep the soil warm.

Bell peppers also like grass clipping.  Grass mulch helps keep out weeds that can quickly overtake your garden and damage the root of the pepper plants.

Bell peppers need a lot of water, about 1 to 2 inches of water per week.  Keep track of the rain with a rain gauge and supplement with water as needed.

If you live in a hot climate or on very hot days, you may need to water twice a day.  If your peppers get too dry, they can turn bitter.

However, overwatering can damage the roots or cause the blossoms to rot.

Remove the first few flowers from each plant.  This forces the plant to use its energy for growing the entire plant and not just one fruit.

This can help the plant produce more peppers later, and you’ll get a better crop.

You don’t have to stake bell peppers, but it can keep them off of the ground.  If your plants fall over, they are more susceptible to pests and microbes in the soil.

Both flea beetles and aphids like bell peppers.  If you notice these pests on your peppers, use an organic insecticide that is safe to use on vegetable plants.

Green peppers are ready to pick about 60 to 90 days after planting.  Harvest bell peppers when they are the size and color that you want.  They will be green first and then turn red.  The longer the pepper stays on the vine, the sweeter it will be, and it will have more Vitamin C.

To avoid damaging the plant, use a knife to cut off the pepper, leaving about an inch of the stem of the pepper on the plant.

With these tips, you’ll enjoy a bountiful bell pepper harvest this year.  Bell peppers are fairly easy to grow, but these simple tips will help keep your plants healthy and increase your yield.

If you want to learn more about growing peppers, read the following guides next: Companion planting is a great way to make the most of your garden. Plants like onions are valuable companion plants that can help protect your garden while providing for your… If you’ve ever wanted to start a vegetable garden but weren’t sure how to get started, this guide is for you! This post will outline the basics of starting a… Pumpkins are a signature symbol of Fall. They grow throughout the summer, ready to be eaten in warm soups and stews as the weather turns colder. Or used to make… Do you want to get the most out of your tomato garden? Growing tomatoes is highly rewarding but watching the season end when your plants still have so much potential… Kale is a popular vegetable for making salads, snacks, and even adding to smoothies. Kale can also be a valuable addition to your companion garden as it works well with… These small yet nutrition-packed root vegetables are one of the earliest vegetables you can eat from the garden. 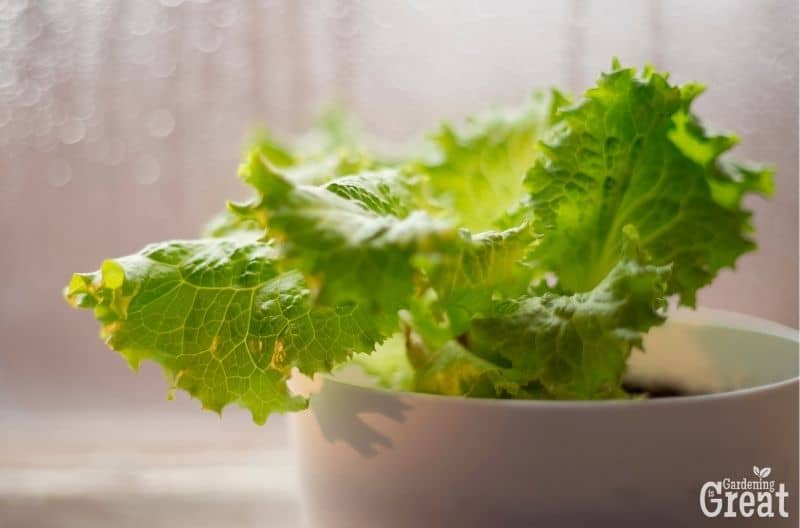